Spring and summer are the optimum seasons for selling a home. And interest rates are currently attractive, so buyers may be out in full force in your area. Freddie Mac reports that the average 30-year fixed mortgage rate was 4.14% during the week of May 2, 2019, while the 15-year mortgage rate was 3.6%. This is down 0.41 and 0.43%, respectively, from a year earlier.

But before you contact a realtor to sell your home, you should review the tax considerations.

Sellers can exclude some gain

If you’re selling your principal residence, and you meet certain requirements, you can exclude up to $250,000 ($500,000 for joint filers) of gain. Gain that qualifies for the exclusion is also excluded from the 3.8% net investment income tax.

To qualify for the exclusion, you must meet these tests:

In addition, you can’t use the exclusion more than once every two years.

What if you’re fortunate enough to have more than $250,000/$500,000 of profit when selling your home? Any gain that doesn’t qualify for the exclusion generally will be taxed at your long-term capital gains rate, provided you owned the home for at least a year. If you didn’t, the gain will be considered short term and subject to your ordinary-income rate, which could be more than double your long-term rate.

Here are some additional tax considerations when selling a home:

Keep track of your basis. To support an accurate tax basis, be sure to maintain thorough records, including information on your original cost and subsequent improvements, reduced by any casualty losses and depreciation claimed based on business use.

Be aware that you can’t deduct a loss. If you sell your principal residence at a loss, it generally isn’t deductible. But if part of your home is rented out or used exclusively for your business, the loss attributable to that portion may be deductible.

If you’re selling a second home (for example, a vacation home), be aware that it won’t be eligible for the gain exclusion. But if it qualifies as a rental property, it can be considered a business asset, and you may be able to defer tax on any gains through an installment sale or a Section 1031 exchange. Or you may be able to deduct a loss.

Your home is probably your largest investment. So before selling it, make sure you understand the tax implications. We can help you plan ahead to minimize taxes and answer any questions you have about your situation. 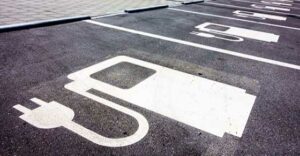 While the number of plug-in electric vehicles (EVs) is still small compared with other cars on the road, it’s growing — especially in certain parts of the country. If you’re interested in purchasing an electric or hybrid vehicle, you may be eligible for a federal income tax credit of up to $7,500. (Depending on where you live, there may also be state tax breaks and other incentives.)

However, the federal tax credit is subject to a complex phaseout rule that may reduce or eliminate the tax break based on how many sales are made by a given manufacturer. The vehicles of two manufacturers have already begun to be phased out, which means they now qualify for only a partial tax credit.

You can claim the federal tax credit for buying a qualifying new (not used) plug-in EV. The credit can be worth up to $7,500. There are no income restrictions, so even wealthy people can qualify.

A qualifying vehicle can be either fully electric or a plug-in electric-gasoline hybrid. In addition, the vehicle must be purchased rather than leased, because the credit for a leased vehicle belongs to the manufacturer.

The credit equals $2,500 for a vehicle powered by a four-kilowatt-hour battery, with an additional $417 for each kilowatt hour of battery capacity beyond four hours. The maximum credit is $7,500. Buyers of qualifying vehicles can rely on the manufacturer’s or distributor’s certification of the allowable credit amount.

How the phaseout rule works

Despite the phaseout kicking in for GM and Tesla vehicles, there are still many other EVs on the market if you’re interested in purchasing one. For an index of manufacturers and credit amounts, visit this IRS Web page. Contact us if you want more information about the tax breaks that may be available for these vehicles.

The Trump administration has released its long-awaited proposed rule to update the overtime exemptions for so-called white-collar workers under the Fair Labor Standards Act. The rule increases the minimum weekly standard salary level for both regular workers and highly compensated employees (HCEs). It also increases the total annual compensation requirement for HCEs that’s required to qualify them as exempt. In addition, it retains the often confusing “duties test.”

The Trump administration rule generally is more favorable to employers than the Obama administration’s 2016 rule, which a federal district court judge in Texas halted before it could take effect. While the latter was expected to make 4.1 million salaried workers newly eligible for overtime (absent some intervening action by their employers), the U.S. Department of Labor (DOL) predicts that the newly proposed rule will make 1.3 million currently exempt employees nonexempt. The DOL estimates the direct costs for employers under the proposed rule will ring in at $224 million less per year than under the 2016 rule. (It’s unclear whether these figures take into account payroll tax obligations.)

The regulations regarding the overtime exemptions for executive, administrative and professional employees haven’t been updated since 2004. Under them, an employer generally can’t classify a white-collar employee as exempt from overtime requirements unless the employee satisfies three tests:

Neither job title nor salary alone can justify an exemption; the employee’s specific job duties and earnings must also meet applicable requirements.

Certain employees (for example, doctors, teachers and lawyers) aren’t subject to either the salary basis or salary level tests. The current rules also provide an easier-to-satisfy duties test for certain HCEs who are paid total annual compensation of at least $100,000 (including commissions, nondiscretionary bonuses and other nondiscretionary compensation) and at least $455 salary per week.

The 2016 rule focused primarily on the salary level test, increasing the threshold for exempt employees to $913 per week, or $47,476 per year. The levels would have automatically updated every three years beginning January 1, 2020. At the time, President Obama argued that the overtime regulations had “not kept up with our modern economy.”

By more than doubling the salary level test, the rule would have made it unnecessary for employers to even consider an employee’s duties in many cases. If the employee’s pay fell under the threshold for exemption, the duties would be irrelevant — the employee already couldn’t be exempt.

The Obama rule also would have raised the HCE threshold above which the looser duties test applies. It boosted the level to the 90th percentile of full-time salaried workers nationally, or $134,004 per year. The rule would have continued the requirement that HCEs receive at least the full standard salary amount — or $913 — per week on a salary or fee basis without regard to the payment of nondiscretionary bonuses and incentive payments. However, such payments would have counted toward the total annual compensation requirement.

The Obama rule was scheduled to take effect on December 1, 2016. On November 22, 2016, however, a district court judge granted a preliminary injunction stopping the implementation. The Fifth Circuit Court of Appeals subsequently declined to review the case until the DOL issued revisions.

The DOL’s newly proposed rule would raise the standard salary level threshold to $679 per week, or $35,308 per year. For employees whose salary exceeds this level, overtime eligibility will depend on whether they primarily perform executive, administrative or professional duties. That determination would continue to turn on various checklists of criteria, many of which can seem outdated and not reflective of today’s workplace. Moreover, they’ve long invited litigation by employees challenging their employers’ application of the criteria.

The proposed rule raises the total annual compensation requirement for HCEs to $147,414, and HCEs also must make at least $679 per week on a salary or fee basis without regard to the payment of nondiscretionary bonuses and incentive payments. But it would allow employers to use nondiscretionary bonuses and incentive payments (including commissions) that are paid annually or more frequently to satisfy up to 10% of the standard salary level test. This means an employee’s production or performance bonuses could push him or her over the threshold and into exempt status (assuming the salary basis and looser duties tests are satisfied).

A catch-up payment is allowed for employees who don’t earn enough in nondiscretionary bonus or incentive payments in a given 52-week period to meet the HCE salary threshold and retain his or her exempt status. Within one pay period of the end of the 52-week period, the employer can make a payment of up to 10% of the total standard salary level for the preceding 52-week period. This payment will count toward only the previous year’s salary amount — it doesn’t count toward the salary amount in the year it’s paid.

The duties test isn’t the only part of the existing rules that wouldn’t change under the proposed rule. No changes are made to the overtime protections for certain categories of employees, including police officers; firefighters; paramedics; nurses; and specified nonmanagement employees, such as production-line employees and maintenance and construction workers.

The proposed rule also leaves out the automatic adjustments to the salary thresholds that were included in the Obama rule. The DOL acknowledges, though, that such thresholds can become “substantially less effective over time.” It proposes updates every four years and solicits public comment on how best to implement these future updates.

Not a sure thing

The DOL has solicited public comments on the proposed rule and indicated it expects the finalized rule to take effect on January 1, 2020. Legal challenges are likely from both business and worker groups, though. Some have questioned whether the DOL even has the authority to base overtime eligibility on salary levels. Stay tuned for more developments.
© 2019