The IRS has issued new guidance addressing a question that has lingered since the launch of the Paycheck Protection Program (PPP) — whether expenses paid for with forgiven, tax-free PPP loan proceeds are deductible business expenses under Section 162 of the Internal Revenue Code (IRC). The guidance in IRS Notice 2020-32 doesn’t provide the answer borrowers hoped for, but that may yet come. 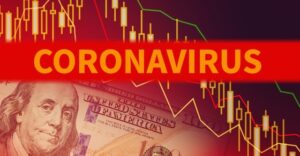 The root of the question

The Coronavirus Aid, Relief and Economic Security (CARES) Act created the widely publicized PPP to help some employers cover their payrolls during the novel coronavirus (COVID-19) pandemic. PPP loans are subject to 100% forgiveness if certain criteria are met, and the amounts forgiven are excluded from the borrower’s gross income. This is notable because forgiven debt generally is taxed as cancellation of debt income.

The program is open to U.S. businesses with fewer than 500 employees — including sole proprietors, self-employed individuals, independent contractors and nonprofits — affected by COVID-19. The loans may be used to cover payroll, certain employee healthcare benefits, mortgage interest, rent, utilities and interest on any other existing debt, for eight weeks after receipt of funds. Forgiveness is available for payments for payroll, mortgage interest, rent and utilities.

While the CARES Act explicitly states that forgiven PPP loan amounts aren’t included in the borrower’s gross income, it doesn’t expressly state whether borrowers can claim business expense deductions for the expenditures the forgiven amounts cover. Notice 2020-32 comes in response to requests from the tax community for clarification on this point.

Unfortunately, the guidance states that no deduction is allowed for an expense that’s otherwise deductible if the payment of the expense results in forgiveness of a PPP loan. It explains that, to prevent a double tax benefit, IRC Sec. 265 disallows a deduction for any amount otherwise allowable as a deduction that’s allocable to tax-exempt income (other than interest). The IRS asserts that forgiven PPP funds constitute such tax-exempt income.

In other words, the IRS maintains that a business shouldn’t be allowed to avoid taxable cancellation of debt income on forgiven PPP loan amounts and also to deduct the payments made with those loan amounts. The result for borrowers essentially is an offset of the tax benefit — the forgiven amounts are excluded from gross income but the deduction(s) for those amounts are eliminated.

The IRS may not have the last word on the deduction issue, though. Members of Congress are signaling that the expenses paid by forgiven PPP loan proceeds should indeed be tax deductible.

For example, both Sen. Charles Grassley (R-IA), the chair of the Senate Finance Committee, and Rep. Richard Neal (D-Mass.), the chair of the House Ways and Means Committee, have indicated that the IRS interpretation runs contrary to the goal of the PPP. They’ve said they would like the discrepancy to be remedied legislatively in the near future.

It’s also possible that a borrower will challenge the IRS stance in court. Or the IRS simply could succumb to pressure from the public, Congress and/or the administration and reverse its interpretation.

The tax consequences of obtaining PPP loan forgiveness and other federal relief options can prove complicated, especially with the IRS and the U.S. Treasury Department regularly releasing new regulations and guidance. We can help you keep up with the latest developments and tax strategies and what they mean for you.