How Advisors Can Impress Tax Preparers To Get Referrals (fa-mag.com)

After years of low examination rates, the IRS announced it will increase audits of small businesses by 50 %. This news comes during a time when complex tax law changes and economic stimulus programs, in response to COVID-19, have made businesses’ books even more complicated than usual. 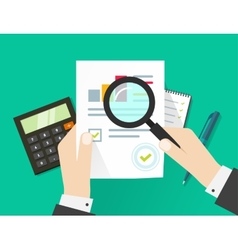 The Illinois CPA Society cautions this could lead to audits and enforcement actions against many different businesses. These businesses range from long-held family-owned operations to the many online businesses launched as the pandemic drags on.

With the IRS planning to hire more specialized auditors to begin strengthening its enforcement efforts, ICPAS offers the following tips to safeguard your business interests and help avoid an audit:

Accurately and honestly reporting all income, deductions, credits, expenses, and other figures can help keep an audit at bay. Make sure you have adequate documentation to support the figures reported on your business’ information return. This will make your individual tax return less likely to be have errors or be audited.

Unusual itemized deductions raise red flags for auditors, especially now that most taxpayers only claim the standard deduction. If your small business is driving you to seek unique deductions or report business losses, enlist the help of a CPA to guide you. Reporting losses for three years or more could increase your risk of an examination into whether you’re actually in business.

If you anticipate owing more than $500 in taxes for your business entity throughout the year, you should be making quarterly estimated tax payments. Failing to make these payments raises your risk of an audit and/or penalties.

Today’s bookkeeping software utilizes tools to keep your records accurate and secure. This helps your CPA electronically prepare and file your tax returns—the best method for preventing the filing of erroneous returns that might trigger an audit.

Read up on the rules

Since many small businesses are formed as partnerships, it’s important to determine if yours is subject to the Centralized Partnership Audit Regime, which dramatically changed IRS partnership audit procedures.

For self-employed individuals, getting a little help from an expert accountant can make filing taxes a lot easier. Just as teachers are the authority when it comes to education, CPAs are the authority on all things taxes. But who uses accountants today, and what purpose do you serve in the eyes of your clients?

In an effort to better understand how entrepreneurs interact with accountants and pay their taxes, we commissioned an independent survey of 500 self-employed workers ages 18 and up, in the US. What we found may be the key to helping you prioritize your client relationships in 2019.

But these age groups also have different reasons for using an accountant. Fifty percent of self-employed taxpayers over the age of 55 view their accountant as an essential business advisor, while only 27 percent of those under 55 would say the same.

The biggest reason folks under 55 use an accountant, as opposed to just filing their taxes themselves? They don’t know how. In fact, 37 percent admit they’ve never done their taxes themselves and they never want to. Eighteen percent say doing it themselves is just a waste of time, while 17 percent claim they’ve tried and failed to do their own taxes in the past, prompting them to seek help.

With a new set of federal tax laws changing the game for everyone next year, there’s likely an even greater chance taxpayers will be relying on an accountant in 2019. That is, for those who’ve realized the tax reform took place. Out of our 500 survey respondents, 9 percent didn’t know there was a tax reform.

If they’re not using an accountant, what are they doing?

Overall, 32 percent of self-employed workers rely on an accountant to do their taxes, but that number begs the question: What about the remaining 68 percent?

As it turns out, the numbers are about even. Thirty-one percent of taxpayers say they’re doing their own taxes on paper, while the last third rely on a tax software like TurboTax.

Interestingly, younger self-employed workers are less inclined to use a tax software than their older counterparts. While 42 percent of self-employed workers aged 55 and over are most likely to file online or through another tax software option, only 33 percent of taxpayers aged 18-24 would say the same. Younger taxpayers are also more likely (but only by 1 percent) to file on paper. An interesting choice for the iGeneration.

Younger workers may be better for business

As an accountant, you should be heartened by these current trends. While you have yet to prove yourself an indispensable business resource in the eyes of young up-and-comers, your foot is well inside the door.

Many self-employed individuals aged 18-24 haven’t done their own taxes before, and they don’t want to start. Considering these young taxpayers are 23 percent more likely to be audited by the IRS than taxpayers 55 and older, they also have an incentive to invest in your services.

With this year’s tax season behind us, it’s a great time to look to the future. Continue to build a trusting relationship with your younger clients. They may not be your biggest customers yet, but soon enough, they could be.